For Maximum Results, Call for an appointment!

Too Much Too Soon!

Intense competition and early specialization can drive young athletes to the breaking point.

Sean McHugh, only 9 years old, already stands 5 feet tall and strikes an imposing figure on the pitcher's mound. He plays on a Little League team in Collegeville, Pa., and a traveling team that competes regularly in tournaments. And he transfers his athletic skills to football and basketball when the fall and winter seasons roll around.

His jam-packed schedule leaves little time for rest. And why would he want to slow down? Sean loves playing sports and is in it to have fun.

Even at a young age, Sean has not escaped unscathed and has had his share of injuries—a broken finger, fractured ankle and sprained knee. But he's resilient. "As soon as the cast comes off, he's ready to go," says Matt McHugh, his dad and coach of Sean's baseball team.

Sean isn't alone in the world of youth sports. In fact, injuries are becoming so common with preteen athletes that experts are concerned that sports are becoming increasingly dangerous for today's youth.

From strains to complete ruptures, injuries to this muscle group remain some of the most difficult to treat

A typical hamstring injury is immediately recognizable to even casual sports fans. Whether watching a running back surge downfield, a baseball player feverishly round second or a track star accelerate through the turn, it's almost impossible to be unsympathetic as his impressive momentum is instantly brought to a near halt.

Helpless hobbling follows as the athlete reaches for the back of his leg, often with a look of anguish on his face. The news can get worse too. In addition to knocking the participant out of that competition, hamstring injuries frequently entail lengthy and uncertain periods of rehab, not to mention the very real possibility of reinjury.

Communication is a crucial component to rehab after rotator cuff surgery

In the past decade, rotator cuff rehabilitation has developed into a science: Understand the dynamics of the tear, consider the surgical technique and employ effective treatment interventions. Before orthopedics clearly understood the rotator cuff's role in shoulder function, it was thought that simply "covering the hole" with various techniques was the key to success.1Today, clinicians have a better understanding of rotator cuff function and the importance of recreating the balanced force couples in the shoulder to restore maximal function.

Push Through the Pain

If you have chronic back pain, the best remedy is to rest and avoid strenuous exercise, right? Wrong. According to the team of experts at New England Baptist Hospital (NEBH) in Boston, taking it easy is an outdated and ineffective approach.

With demonstrated effectiveness for improving function and work, exercise is a widely prescribed treatment for patients with acute, subacute or chronic low-back pain. There is no evidence that exercise increases the risk of additional back problems or work disability and current studies demonstrate that exercise may reduce pain and disability.

"Years ago, bed rest was the common advice given to patients after an episode or exacerbation," said Kristine Kono, PT, clinical supervisor of the outpatient center at NEBH. "Now we are encouraging patients to move, stretch and even lift very light weights during these episodes."

Frozen shoulder is a bit of a mystery in the medical world. Essentially a patient develops stiffness
of their shoulder without an inciting event. They just wake up one day with severely limited motion and pain. Patients have difficulty with some of the basic activities of daily living such as tucking in their shirt, fastening a bra, combing their hair and others. The pain can also interrupt sleep. As time goes on the pain can dissipate but the patient is left with stiffness.

• We do not know why frozen shoulder occurs in 95% of the cases.

• In the other 5%, patients develop stiffness as a result of trauma, calcium deposits, arthritis, or following surgery if scar tissue forms.

• Diabetic patients, women and people in their 40s and 50s have a higher risk for developing (being afflicted with) frozen shoulder.

• It appears that 3% of the population can suffer from frozen shoulder but this number jumps to 10% in diabetic patients.

Sprains and Strains of the Hip

It’s an interesting fact of life that we don’t appreciate a device’s inner workings until something goes wrong. So it goes with the hip. The intricate mechanics of the hip are something to behold: a 360-degree bundle of muscles, ligaments, and tendons that work in tandem to allow us a range of movements at the hip – from the simple motions of everyday life to the more complicated jumps, pivots and lunges on the sports field.

Hip injuries, then, can slow us down to the point of frustration. Let’s go through a quick rundown of common hip injuries in order to understand and demystify some of the strains and sprains before they turn into chronic conditions.

Spring Cleaning: Throw Out the Trash, not Your Back

There’s nothing worse than showing up stiff and sore to the office or passing on the weekend golf game on account of your back—nothing worse, that is, than knowing your injury was preventable. The good news is that protecting your back doesn’t require an extensive knowledge of yoga or Pilates. Prevention takes strong core muscles and simple back stretches that incorporate more than just bending and twisting.

The abs, pelvis, and leg muscles depend on the back for support; but our backs depend on these muscles in just the same way. Exercising your core is a great way to strengthen this support network to prevent future back injuries. If you’ve been noticing any extra strains or soreness in your back, stretch frequently, but think also about aligning your workout to focus a bit more on your core.

Mechanism of Injury
“Skier’s thumb” represents an injury to the ulnar collateral ligament of the metacarpophalangeal (MCP) joint of the thumb. As the eponym implies, it can be secondary to a fall while skiing, when the thumb is forcibly radial deviated when the hand is caught in a ski pole. These injuries can also occur secondary to any injury, such as a fall, which stresses the ulnar collateral ligament of the thumb MCP joint. Mechanism of injury resulting in a skier’s thumb.

It's All in the Swing: Preventing Tennis & Golfer's Elbow

In our last newsletter, we talked about the range of outdoor activities that spring’s warm weather affords. A bad case of tennis or golfer’s elbow, however, can seriously dampen the enjoyment in around on the course or a friendly rally on the court. Tennis elbow is the result of micro-tears to the tendon that originates from the bony prominence on the outside of the elbow, known as the lateral epicondyle. Tennis elbow, or lateral epicondylitis, affects 1% to 3% of the population as a whole, but gets its name from the fact that it affects almost half of all tennis players at some point in
time. 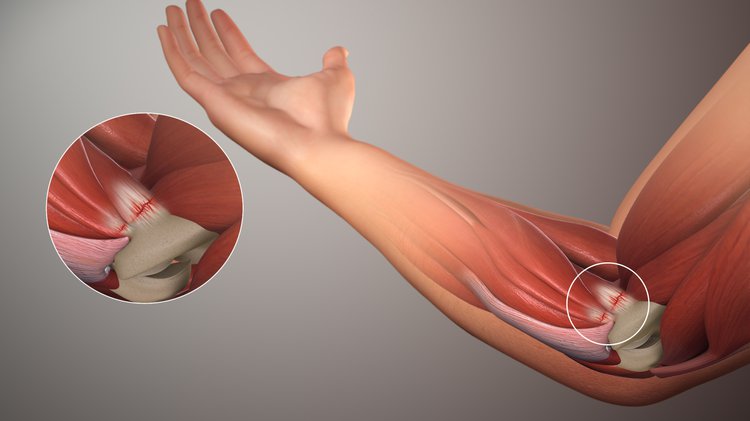 Shouldering the Burden: The Other Tennis Elbow

Tennis season is undeniably underway for those of us who dust off our rackets when the weather hits 75 degrees. We’ve all heard of tennis elbow, but the muscles and tendons of the shoulder are just as susceptible to inflammation and pain as the elbow. Even if it’s just a light rally with a friend, your swings make repeated demands on the tissue in your shoulder and can cause injury through overuse; the result: tendinitis. 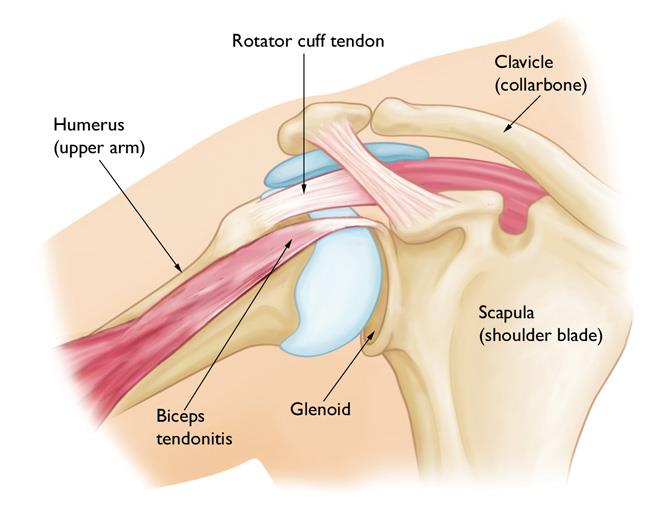 The two most common shoulder injuries for tennis players are tendinitis and bursitis. Bursitis
affects the tiny fluid-filled bursa that provides a cushion between the bones and tendons around a
joint. Tendinitis is a result of inflammation and damage to the tendons.

Tips from the Experts

Tips from the Experts

Over the past 10 to 15 years, ‘core stability’ has become synonymous with abdominal strength. The fact of the matter is that the abdominal muscles are given too much credit when it comes to real core strength. The abdominals posses a limited and specific action. Actually, the ‘core’ consists of several muscles that run the length of the trunk and torso stabilizing the spine, pelvis and shoulders. When engaged, they provide a stable foundation for both arm and leg functional mobility allowing us to generate powerful movements through our extremities. Core strengthening exercises are an important part of overall fitness training that, except for the occasional sit up or crunch, are often neglected.